Going straight to the point, the Naira Farm is expected to serve as your very first baby step in network marketing/business. It’s meant to avail you the opportunity to learn all there is to networking in the most cost effective way.The fee is just N1000, big deal!

In the process of referring others into this awesome opportunity, you would learn the hard acceptance and rejection part of doing network Business the fun way.The cheapness of the fee would give you confidence to go all out to get down lines. However, to a much lesser degree though, you shall encounter both the bitterness of rejection and the sweetness of acceptance. These lessons are best learnt from experience.

The Naira farm is a 5×5 forced matrix Network. 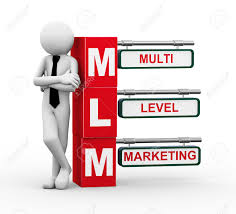 You are to enter the Naira Farm with just N1000 and you shall start to receive the online personal finance course which is what you had actually paid for.You are compensated with referral commissions and bonuses when you refer others to the course.

Everyone is basically expected to bring in just 5 down lines. This is why you are STRONGLY advised not to refer or register a skeptical down line as he/she might end up becoming a liability to your business instead of being an asset.

If this is correctly carried out, you’ll have 5 members directly under you, they are the ones you referred. You are expected to urge them, encourage them and help them fill up their own direct referral spots. In the second level beneath your first 5, you shall have 25 members,125 in the third, 625 in the fourth and 3125 members in the fifth levels.

You shall receive N40 on each of your first level of referrals,N20 on the second and N10 on the third,fourth and fifth. As a moral booster, referral bonuses of N8 120 and N70 000 are given on your completion of the third and the fifth levels respectively.You shall also be made to pay N500 each at the completion of the second and the fourth levels respectively. Don’t worry, the monies shall be deducted from your earnings in the Naira Farm. This is to cater for very important e-book deliveries that shall be made at these levels.

It’s on your qualification for the third level bonus of N8 120 that you shall be advised and made to pay for an entry into yet another money spinner…there’s another just after you cycle out of the Naira Farm.It is from these second and third network businesses, the millions would come in record time. I can assure you that you’ll be grateful for it in matter of weeks afterwards. What makes me so sure is the fact that all your down lines from Naira farm would be made to join you in the other network businesses,  hence,you don’t need to recruit any further than into the Naira Farm.This is where the power of the Naira Farm lies.

By the time your first 125 down lines join you there, you’ll be receiving several thousands in cool cash to do whatever you wish with. Considering the dirt cheap means of getting into the game, your down lines would be more than grateful to join you in those other multi-million Naira networks.

NB: If you are not good at referring others to a program, it’s okay. we’ve got you covered. You’ll pay N5000 instead of N1000 and share a few contacts that we shall recruit under you as downlines…at least 5!

I’ll leave you now to decide if it’s worth risking N1000 for. One thing is for sure,if you are very ‘SMART’ like most guys, out there who sees EVERYTHING as scam, you won’t join this program. This is because, it’s the dumb guys that take risks while the ‘SMART’ ones work as employees under them simply because they are too ‘SMART’ to risk with their hard earned money in business opportunities! They don’t want to fail whereas, failure is an integral part of success! Whoever runs from failure also runs from success.